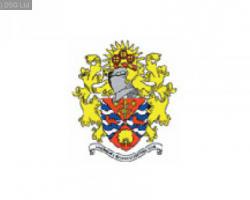 Dag & Red 1-2 Shrewsbury: Match Report - view commentary, squad, and statistics of the game as it happened.Lawrence leaves it late for ShrewsLiam Lawrence's last-gasp penalty saw 10-man Shrewsbury fight back to win 2-1 at Dagenham

The skipper fired in from the spot after Andy Mangan had been brought down by Scott Doe.Mangan had levelled after Jermaine Grandison had been sent off just four minutes into the second half.Billy Bingham opened the scoring after just five minutes for Dagenham and they stay 21st in Sky Bet League Two.Shrewsbury should have levelled eight minutes before half time, though, when James Collins headed Lawrence's cross wide when unmarked inside the box.The away side were dealt a blow four minutes into the second period when Grandison was sent off.Ade Yusuff out-muscled Grandison, who bundled him to the ground and was given his marching orders.But on 70 minutes Mangan equalised when he raced onto Jack Grimmer's pass and volleyed into the top corner.And deep into injury time the visitors were handed the opportunity to take the lead when Doe pulled the striker down inside the box.Lawrence stepped up for Shrewsbury and slotted into the bottom corner to send Town to third in the table